Get fresh music recommendations delivered to your inbox every Friday.
We've updated our Terms of Use. You can review the changes here.

substrata travel via minus viewing II 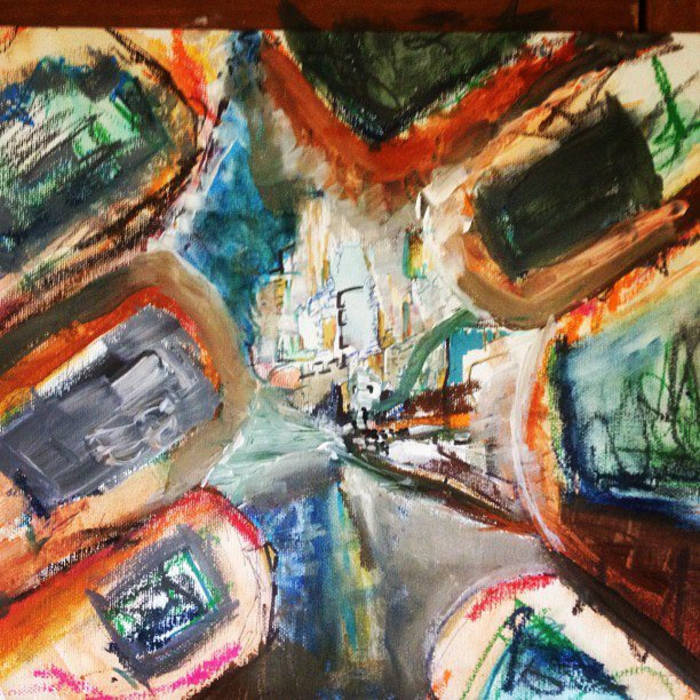 This album is an etherwave journey inspired by watching so many shit youtube ads, causing the listener to begin tripping into some deep psychedelic labyrinthitis. While being attacked by distracted beats and rhythmic noise, the listener's corporeal body is peeled back to better see photons as they travel through the sub strata of matter.

All original music and sounds created from layers of remixed original tracks.

SSTVMV II is has a spirit-core narrative form and has been mixed in a way that is intended to cause altered states of consciousness.

} While a lot of folks were mashing their brains to an overdose of pitched down vocals, dissonant ipad synths and garageband reverb presets, misterinterrupt has been focused on remixing his own tracks over and over and over and over. In an intentionally anti-pop vacuum, he has concocted a noisy alchemical genre that he has dubbed guerrilla ambient using a process akin to musical necromancy.

} The process starts off by building up new tracks well into their third trimester, but before birthing, they are aborted, chopped up unceremoniously, new tracks are begun using the pieces of the old. Where many electronic artists approach their sound design with some attempt at a surgeon's precision, interrupt employs a chirurgeon's butchery. To create each successive track, he records uneven loops of multiple tracks at once, ignores common rhythmic divisions, and disregards anything other than non-systematic microtonal musicality. Each level of the remixing process follows this strictly necromantic model he calls necro techno.

} Some of the final edits have finally earned his aesthetic confidence, released as the mysteriously named sub-strata travel via minus-viewing II. The concept behind the title is to create new sonic tools for practitioners of remote viewing. misterinterrupt seems to understand the unique geomantic, telespatial, and astral characteristics of getting your head all fucked up via deep listening, so CIA drop-outs are invited to test his new methods.

} For everyone else, presented herein are five tracks of shapeshifting pads, disfigured beats, darkly beautiful environments, and an overall movement that has an unmistakable character. sstvmv II was created specifically for assisting to create hypnagogic states in its listeners and the sounds quickly work themselves into deep sonic knots that decrypt and scramble perceptual codes etched as low frequency marks in a background of frenetic gaseous tones. The music is pulled forth via deeply sculpted psychedelic interfaces to the cochlear nerve and the rhythms keep a strange amphetamine pace.

} Though sstvmv II is intended as ambient music, it may sound like an active listening experience to some. It is obviously a complex layering of ambient and active musics. It is offered as a composition to be completed by the listener or the listeners' environments. misterinterrupt can only get one so far and suggests that listeners explore his compositions in concert with whatever inner or outer noise they might hear.

} The full album is downloadable and streamable for free, you can name your price at whatever you can afford here